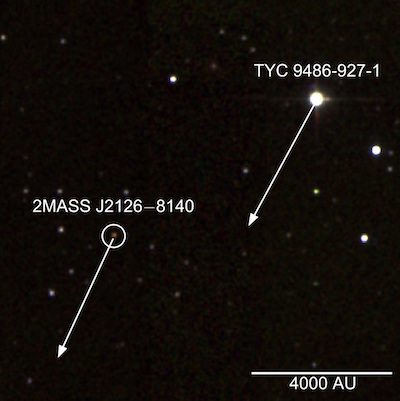 2MASS2126 and it's parent star move across the sky together separated by at least 7700 Earth-Sun distances. The arrows represent how far the pair will move in the next 1000 years. Credit: 2MASS and Simon Murphy

Planets have been found at vast distances from their parent star. There are several planets known which lie over a thousand Earth-Sun distances form their stellar host. Objects with masses similar to these planets have also been found floating through space with no parent star. Together with collegues in Australia and the USA, I searched to see if any object previously discovered as a free-floating planet had a previously undiscovered parent star. We found that 2MASS 2126-8140, an object previously thought to be a planet floating through space alone was in-fact in a very wide orbit around a young star. This is because both the star and 2MASS 2126-8140 are at the same distance from the Earth and move across the sky at the same speed and in the same direction, suggesting they are bound by gravity. The mass of 2MASS 2126-8140 puts it right on the border between a very massive planet and a failed star known as a brown dwarf. Its orbit is at least 7700 Earth-Sun distances wide, larger than the orbit of any planet known either around the Sun or another star. This discovery was featured by many media outlets around the world including the BBC, New Scientist and the Sydney Morning Herald. In the last few years I've been using the Spitzer Space Telescope to search for planets in very wide orbits around other stars. 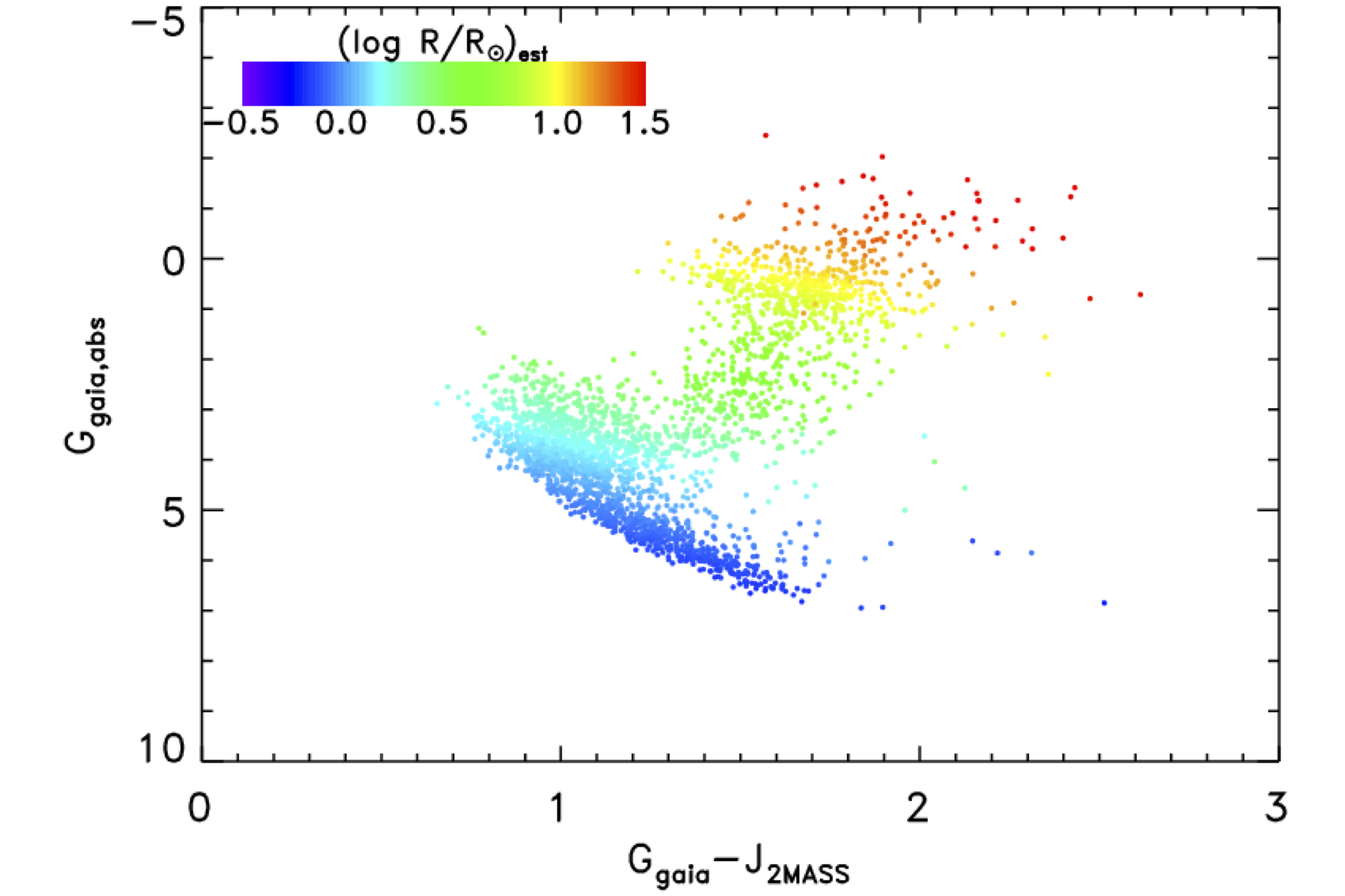 A diagram showing brightness (vertial axis, more negatitve values mean a brighter star) vs. colour (horizontal axis) of stars with similar temperatures to the Sun targetted by the TESS exoplanet-finding satellite. The colour of the points on the graph is proportional to the radius of the star it represents. Most stars are small dwarf stars (blue points) but around 15% are giants and lie about the dwarf sequence. This latter group are poor targets around which to search for planets.

Most planets around other stars that have been discovered to date have been found via the transit method. Here the planet blocks out its parent star's light once per orbit as it passes between the star and an observer on Earth. This method measures the fraction of the star's light a planet blocks out. This can then be converted into a measurement of the ratio between the planet's radius and the star's radius. Hence to determine the size of a planet discovered by this method the radius of the host star must be estimated. Also small planets around big stars will block out a very low fraction of the star's light, making their transits smaller and harder to measure. Hence screening lists of transit measurement targets can remove giant stars and improve discovery rates.

Together with colleagues at MPIA, I used data from the Gaia satellite with measurements from a range of ground-based survey data. I used a dataset of stars with properties measured from spectroscopy to train a machine learning model to estimate the temperature, metal content and radius of over 100,000 target stars for the TESS exoplanet-finding satellite. These data will allow researchers to screen target lists to remove giant stars which are bigger and hence harder to find small planets around. 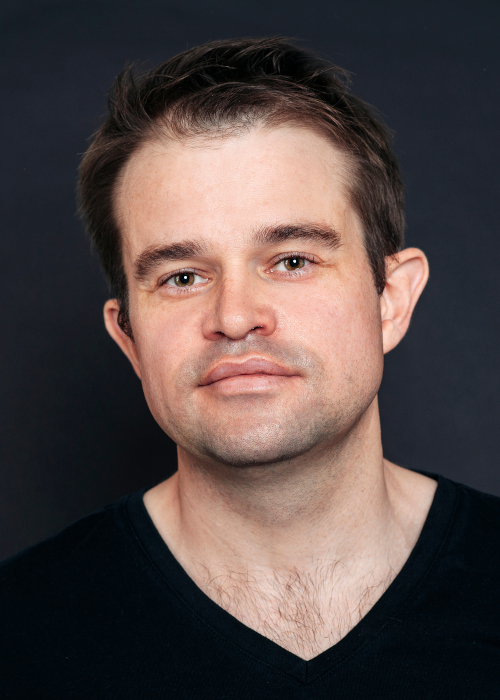 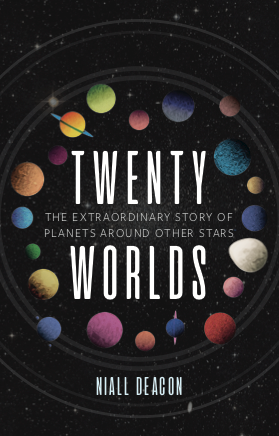